During law school, Jenny clerked for Legal Aid of Western Missouri, served as guardian ad litem and fought for post-conviction relief for defendants who had been sentenced to death. Jenny was active in both the Student Bar Association and Phi Alpha Delta and served as President of the Art Law Society.

Jenny began her legal career in 2009 with WM Law, Kansas City’s largest consumer bankruptcy firm. While there, Jenny appeared in court hundreds of times for her clients and focused on complex bankruptcies for business and individuals. Jenny has always believed that bankruptcy is not the end but offers a new beginning for those in need.

In 2014 Jenny began her personal injury practice and formed House Packard McElderry, LLC in 2016. Her practice includes representing individuals who were injured due to the fault of another. Jenny takes great pride in fighting insurance companies for fair compensation and in doing so, she has achieved millions of dollars in settlements for her clients. Throughout her private practice, Jenny has been active in the Kansas City Bar Association, the Missouri Association of Trial Attorneys (MATA) and is currently on the board of the Clay County Bar Association. Jenny has been named a Super Lawyer and Rising Star multiple years and currently listed as a Top Plaintiff’s Lawyer under 40 by the National Academy of Personal Injury Attorneys.

Jenny is married to Ryan McElderry, an attorney with McElderry Law who works Of Counsel with House Packard McElderry, LLC assisting with personal injury cases. Together, they make a great team not only at work but at home as well. They live in Liberty, Missouri with their combined five children and their cat Taco. Jenny enjoys reading, traveling and sharing her love of music with her children. Jenny has three times served as principal oboist – first while at Missouri State University in the University Symphony, then while living in Yuma, Arizona with the Yuma Civic Orchestra and currently with the Northstar Community Band.

Those who know Jenny best say that she is kind, compassionate, honest and loyal. Jenny’s discipline, communications skills and legal knowledge help her to provide a comfortable, supportive experience for all of her clients. To discuss your potential legal matters with Jenny, please contact her at 816-875-4270 or [email protected]. 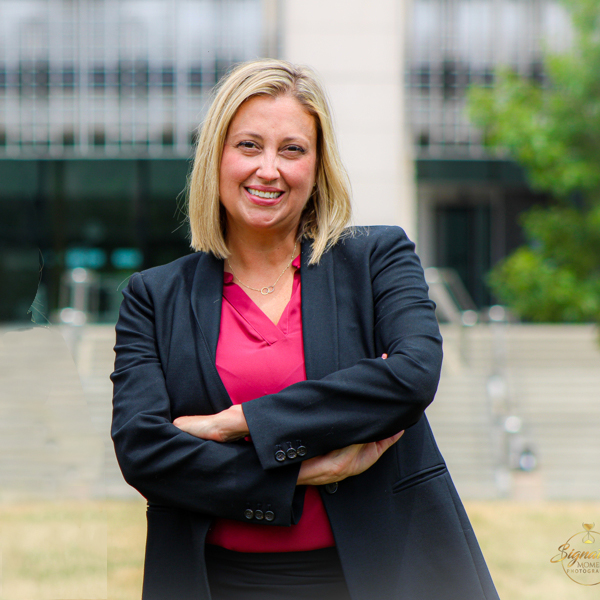 House Packard McElderry, LLC
How Can We Help You?

The choice of a lawyer is an important decision and should not be based solely upon advertisements.

Past results afford no guarantee of future results. Every case is different and must be judged on its own merits.

Materials available on or throughout this website have been prepared by House Packard McElderry, LLC for informational purposes only and are not intended to be, nor should they be considered legal advice. Although we work to keep information contained on this website up-to-date, it may not reflect the most recent legal developments and, therefore, may contain errors or omissions. You should consult one of our attorneys to confirm the current laws and how they may apply to your particular situation. Any delay in contacting an attorney may result in a loss of some or all of your rights.